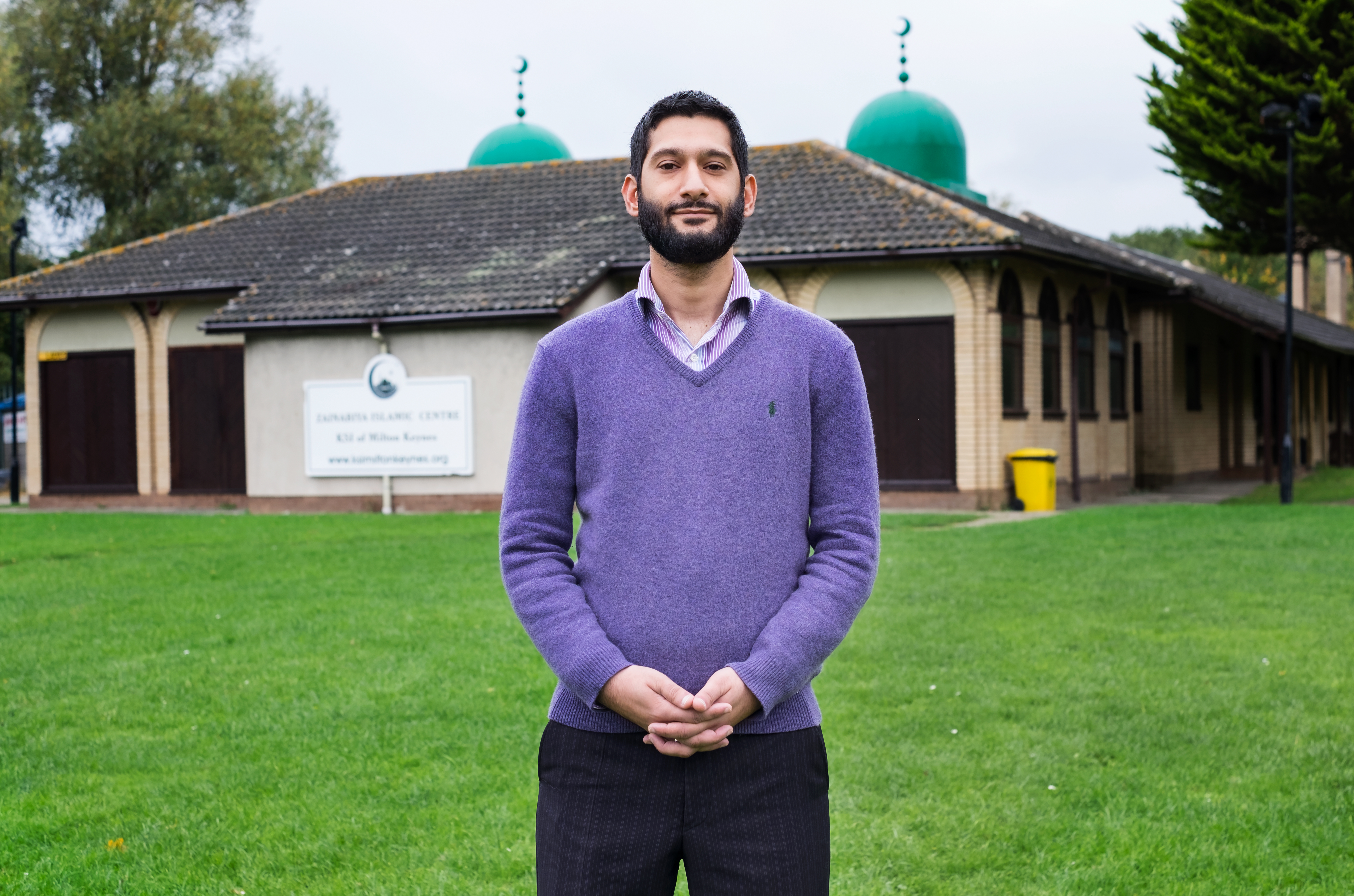 Jaffer Ladak, 32, a Shia imam. Photographed at the Zenabir Islamic Centre, his local mosque, in Milton Keynes in October 2017.

“When I was growing up in Milton Keynes, the typical sermon went: ‘Do this and you’ll go to heaven.’ But all my sermons are socio-political – yesterday I spoke about Labour vs Conservative fiscal policy, and two nights ago I spoke about global warming.

It’s not for everybody. When I give a sermon, there’s contention – the elders versus this young upstart, this whippersnapper, this social justice monster! Even a person of my age has told me: ‘I didn’t come here on a Friday night to listen to you talk about Brexit.’

I was 16 when 9/11 happened and it had a big impact on me. Suddenly the whole world is looking at you differently. The Muslim community has become more conscious of itself, asking itself: ‘Who are we? What do we stand for?’ That awareness is a positive thing.

I was the imam at Hyderi mosque in London for 2014-2016. I’m currently studying at the Al- Qaem seminary in Iraq for nine months of the year, and I still give sermons at this mosque and elsewhere in the UK.

This mosque has been attacked several times: graffiti, petrol bombs. When a terrorist attack takes place in Europe, there’s always a spike in these problems and we have to talk about it in our sermons – we remind people to think about safety, we encourage ladies not to travel alone.”