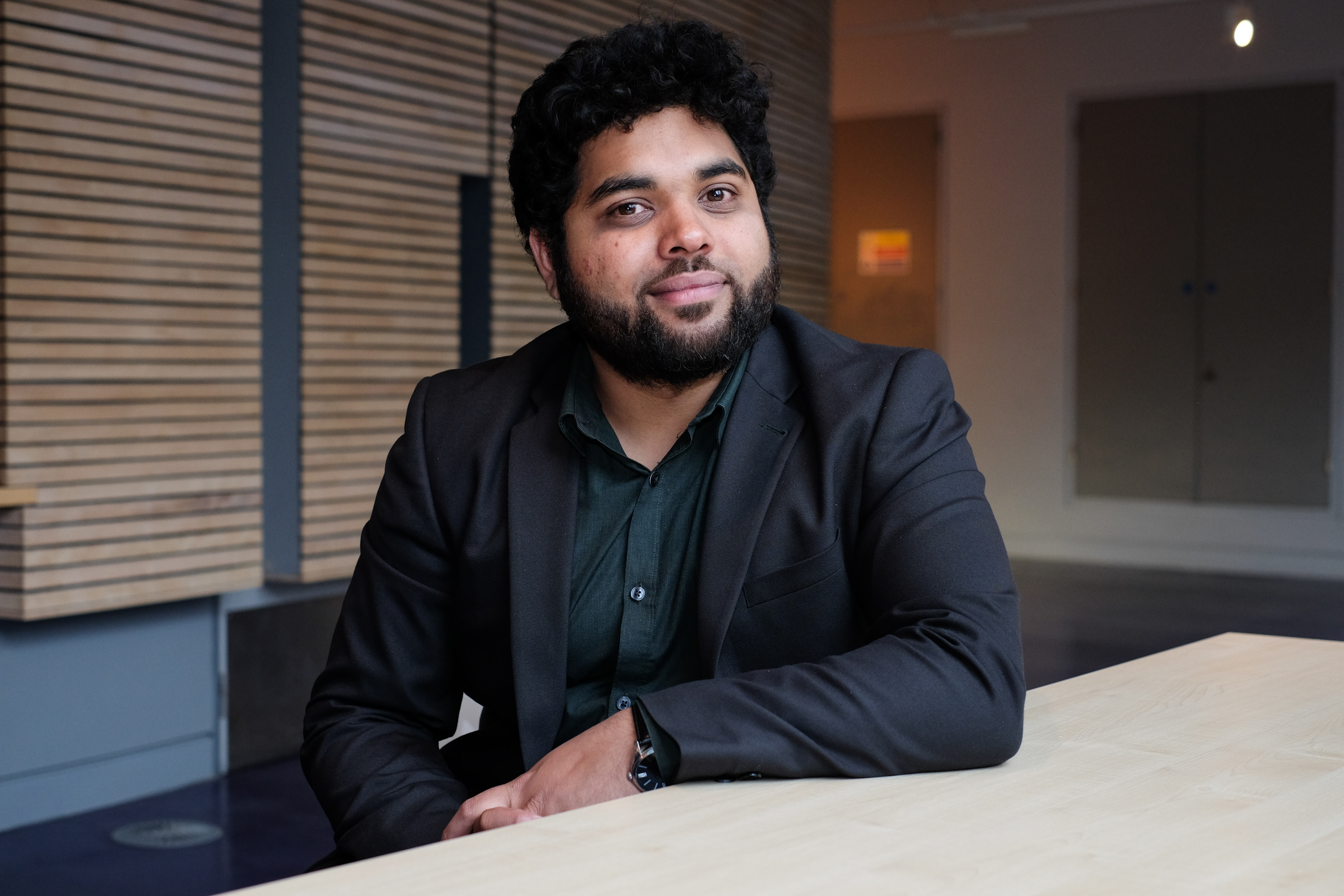 Hammad-Ur-Rahman Fahim, 31, an imam based in Manchester. Photographed at Queen Mary University in August 2017, after delivering a workshop on Quranic studies.

“My father was an imam and he moved from Bangladesh to the UK in the early 80s. At our home in Leeds, when I was six or seven, I loved to listen to tapes of the Quran by a famous reciter called Abdul Basit Abduss Samad. There was a spiritual element, a depth to his voice, that resonated deep inside me. I would sit and listen for hours.

I always wanted to study and get to know my religion. After finishing school, I studied Arabic in France and Islamic jurisprudence in Egypt, at Al-Azhar University. I then came back home and studied secular law. I’m now a trainee solicitor and I do my imam role alongside this. I’ve led prayers at places such as Leeds Grand Mosque and on campus at the University of Manchester.

One of my favourite parts of being an imam is exploring religious ideas with people of faith, having light-hearted debates. I believe Islam accommodates diverse interpretations. Islam isn’t a static religion – it’s constantly developing, it’s timeless.

I think the hardest part is being relevant. Once you start studying Islam, the easiest things for you to talk about are the academic things that interest you. Imagine a quantum physics professor who talks in a geekish manner – I sometimes feel like that! You have to include examples of real-life issues, you have to make your sermons real.”