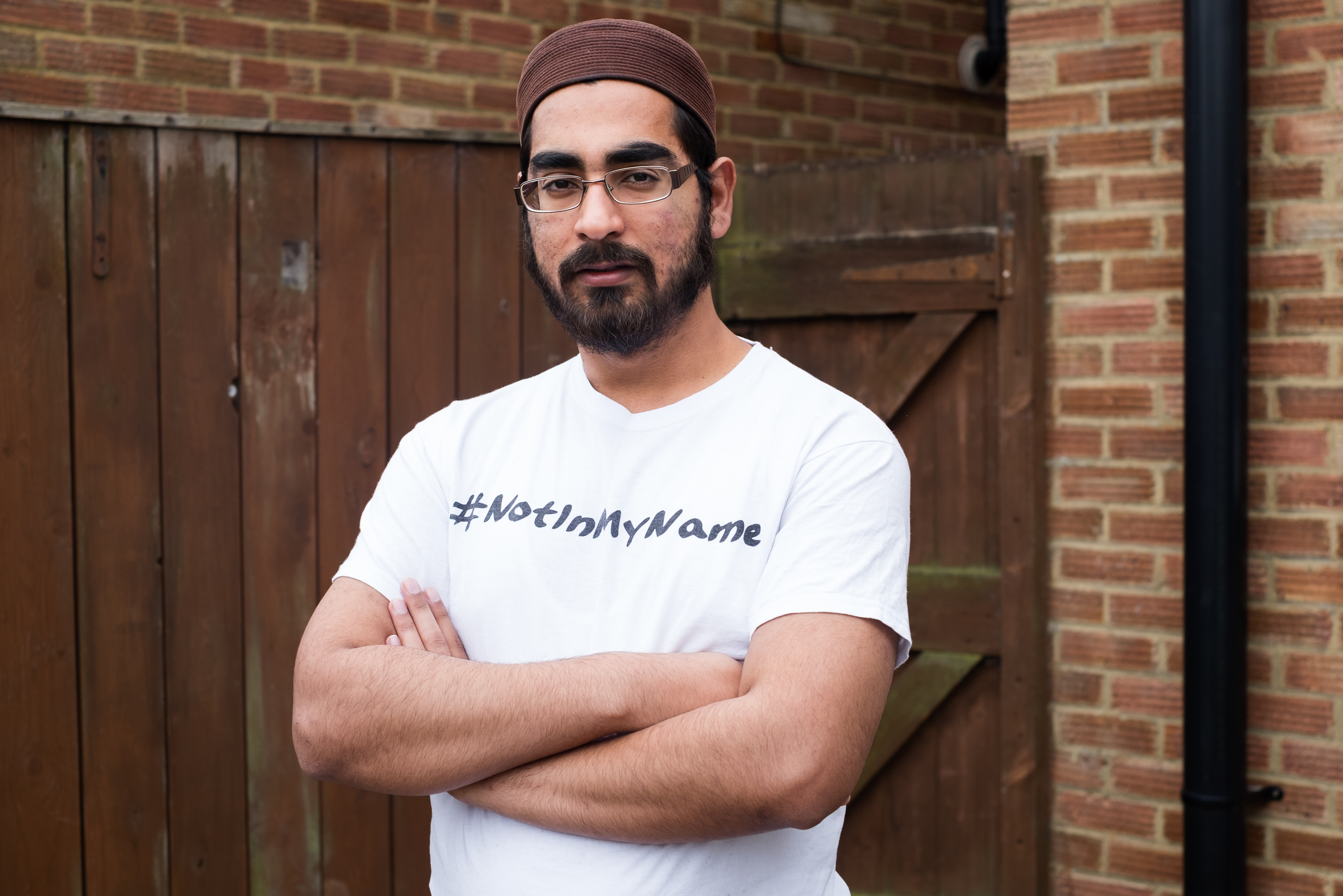 Dawood Masood, 22, headteacher and imam at Al-Hira Centre in Luton, and chaplain at Luton & Dunstable hospital. Photographed in his back garden in October 2017.

“When ISIS emerged in 2014, my friends and I wanted to raise our voices, to make sure people didn’t think this represented Islam. So we made these t-shirts, with the hashtag #NotInMyName, and I tweeted a photo of us wearing them. It went viral.

I think whenever there’s divisive rhetoric then it’s important to build bridges. I went on an imams’ delegation to Paris after the 2016 terror attacks, and a group of us recently did a campaign in Luton where we gave out roses to non-Muslims. But I also think there’s sometimes an unfair pressure on the Muslim community. Integration is two-way. It’s not about just putting one religion on the spot.

I often see an identity crisis in young Muslims. For kids whose parents came to the UK as economic migrants, this is the only country they know – they might be of Pakistani heritage but they’ve never been there. And then far-right groups and the media tell them they don’t belong in this country and they’re not integrated. So are they British or Pakistani? Neither?

My father is an imam and when I was younger I wasn’t sure if I wanted to do it. Being an imam is 24/7. Someone could ring you at 9am or 10pm: someone is having marriage problems, someone is ill, someone needs a funeral. But then I realised why people do it – for the peace and happiness you feel when you help someone out. It’s something else.”