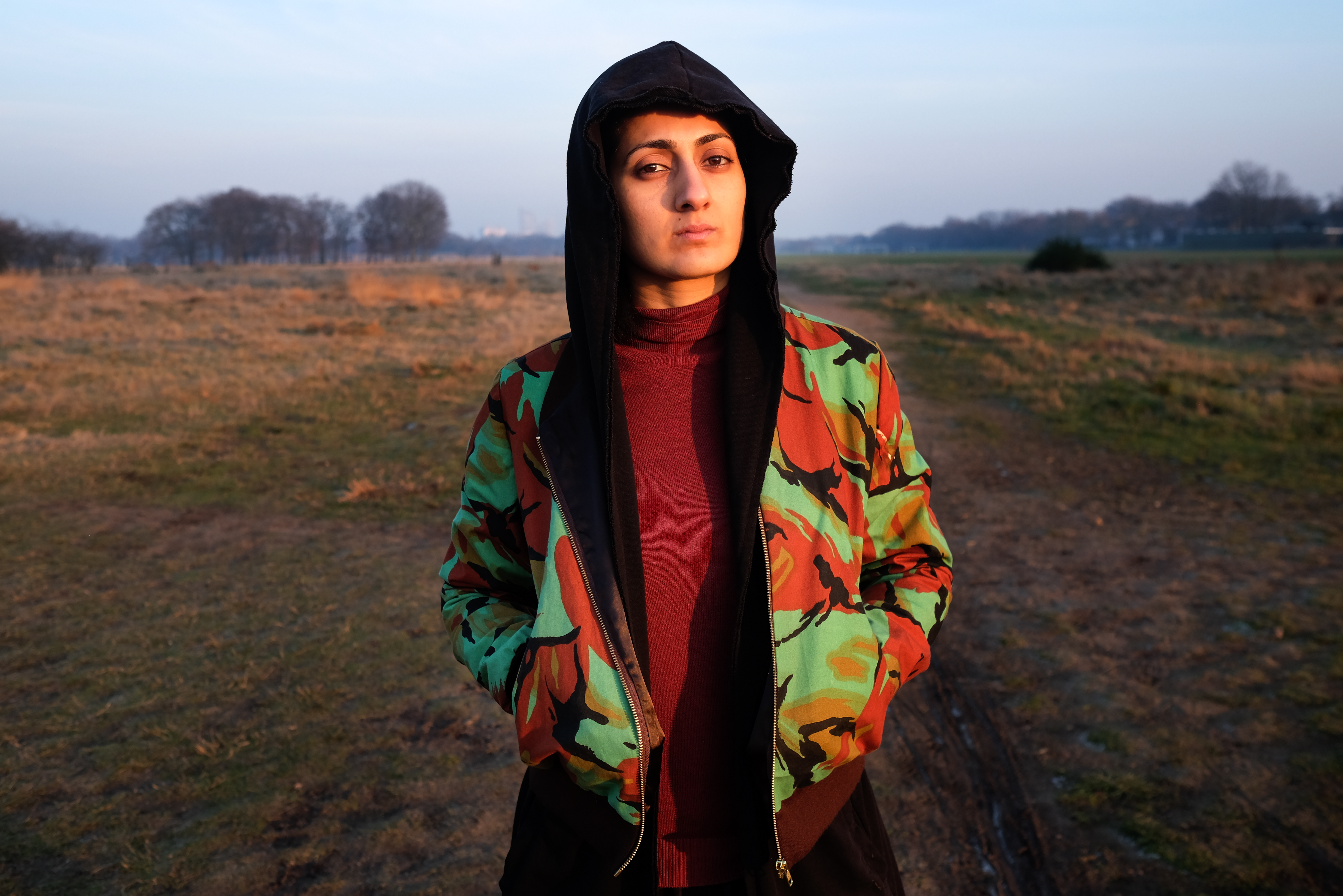 Asma B, 28, imam at the Inclusive Mosque Initiative (IMI) in London. Photographed at her local park in Wanstead in January 2017.

“I stopped going to my mosque when I was 14. I was quite rebellious back then – I never did my homework and I spoke back to all my mosque teachers.

When I look back now, I can see why I did those things. I didn’t connect with what I was learning – I felt like women’s roles were quite defined and men were almost free to do what they wanted. I just knew, from a very early age, that God doesn’t discriminate. If she has created everybody, then she understands everybody. So I started to study Islam for myself and that’s when things opened up for me.

I didn’t choose to become an imam – it chose me. I attended an IMI event and I was blown away by it, so I attended more and slowly they asked me to do things. But I don’t see myself as an authority figure and I don’t think imams should be put on a pedestal.

IMI welcomes people of any gender, sexuality, race, disability, or Muslim sect on equal terms. Their use of female imams to lead mixed congregations is controversial in the mainstream Muslim community. Women are more commonly found in the role of an aalimah, a female Islamic scholar. Some aalimahs lead groups of other women in prayer.